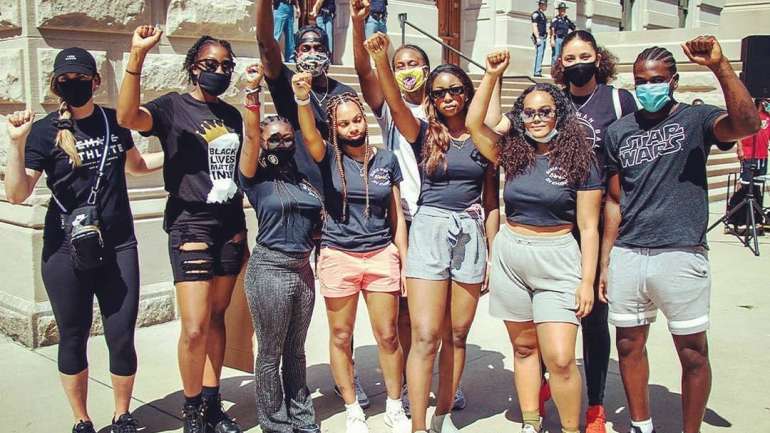 On the lawn of the Statehouse Sunday, protesters gathered by the hundreds to rally against police brutality and encourage people to vote.
As songs like “A Change Is Gonna Come” by Sam Cooke played on the loudspeaker, signs held high and low could be seen expressing support for the black community.

“If we register young people to vote, that’s when we start making a difference,” said Amp Harris of Harris Productions, who helped organize the event.
There were also athletes like NBA player George Hill speaking at the event. Hill grew up in Indianapolis and now plays for the Milwaukee Bucks.

“Yes, there’s going to be obstacles, but how can we get past the obstacles? We’ve been getting past them for 400 years, so we have to continue to build, continue to grow,” Hill said.
Former WNBA All-Star Tamika Catchings and owner of Tea’s Me Cafe said it takes everyone to help spur change.
“When you look around, there’s not all black people out here,” Catchings said. “There’s every single color and every single race supporting one another, and that’s how we lift each other up.