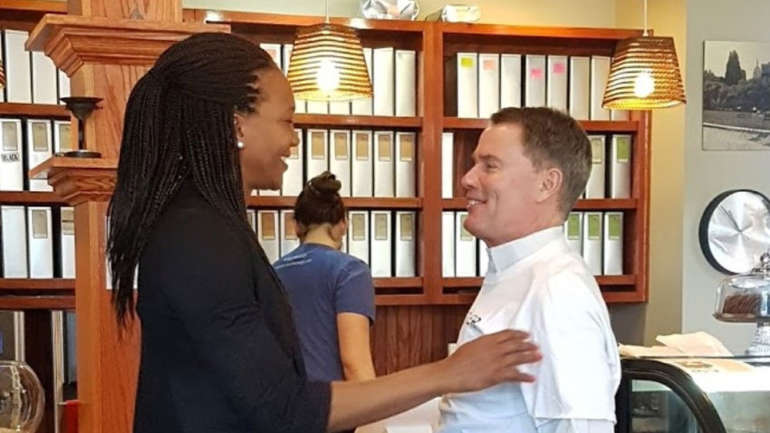 After playing careers end, WNBA stars are all business

After playing careers end, WNBA stars are all business

The former Indiana Fever forward could be brewing the Earl Grey. Or delivering the Darjeeling, or busing dishes, or working the cash register. “Whatever it takes, whatever needs to be done, I’ll do it,” Catchings said. “I absolutely love it.”

Though she never expected to go into the restaurant business, Catchings started planning for a post-WNBA career long before she retired in 2016. Some players find that second act in coaching or broadcasting. Others, though, choose paths that carry them far from the gym.

Lynx center Sylvia Fowles is 18 months away from completing her degree in mortuary science. Angel McCoughtry of Atlanta owns an ice cream shop, and Indiana guard Cappie Pondexter already has a thriving business as a fashion stylist. Alana Beard of Los Angeles and Marissa Coleman of New York — who played together in L.A. and Washington — own a pizza restaurant, the Mellow Mushroom, in Virginia.

To encourage that kind of preparation, the WNBA is giving players more avenues to explore post-basketball careers. Its training programs include a Harvard Business School course that Lynx guard Seimone Augustus participated in last spring.

“Young players should have fun while they can, and enjoy the game,” Augustus said. “But they should know in the back of their mind that basketball doesn’t last forever. You want to plan ahead to make sure your next career path is something you love, too.”